Dr. Dora Obi Chizea is originally from a town called Asaba, the capital of Delta State, in Nigeria, strategically located on a hill on the western edge of the majestic river Niger. She comes from a lineage of Queen Mothers, her mother, Omu (Queen Mother) Ejima Chizea being the Omu of Asaba. At an early age, her parents instilled in her and all her siblings the value of self-discipline, focus and gratitude. These values have been a driving force throughout her life and have helped her to succeed in everything she puts her mind to. You could see the resilience in her even as a young girl staring down the track during one of the school meets or studying with candles in-the-middle of night for an exam or quiz the next day.

She first earned recognition in Nigeria as the Host of the NTA TV Program, The Consultant. For two and half years, she also wrote the Daily Times of Nigeria Weekly Health Column.

Dr. Chizea came to America in 1965 on a scholarship to Bryn Mawr College in Pennsylvania during the civil rights movement. She graduated in 1969 with a double major in English and Biology. In 1973, she became the first Nigerian/African Female to graduate with a degree from Temple University School of Medicine, not just with honors, but collecting as many accolades as she could along the way.

True to her nature, Dr. Chizea has always fought for excellence and feels the need to inspire, share and make an impact on the people around her. She places a big emphasis on gratitude and has always given back to her community and environ. In that spirit, she started off as a clinical instructor in Internal Medicine at Temple University Hospital and the Temple School of Medicine, in Philadelphia, PA, her alma mater.

Just like her older brother had done for her, she worked hard to put her siblings and cousins that wanted to come during and after the Nigerian civil war, through University. They attended and graduated from the likes of University of the Arts Philadelphia, Drexel, and Villanova. In 1979, Dr. Chizea moved back to Nigeria to open her private practice called, BOMEC Medical Clinic, Ikeja Lagos, Nigeria. The Clinic was one of the first of its kind at the time, Dr. Chizea was bringing in the latest equipment, technology and off course, knowledge to help bridge the gap in healthcare. For over nine years, Dr. Chizea was also the Chief Consultant and Medical Director of the Arewa Group of Hotels (Durbar Hotels) throughout Nigeria. For the next several years, while shuttling back and forth, she kept abreast on the latest in medicine in the United States, applying them practically in Nigeria.

She is constantly involved with charity and charitable deeds directly or indirectly. She was once the President of Soroptimist International (A global volunteer organization working to improve the lives of women and girls through programs leading to social and economic empowerment) and some of the decisions and structures she made 30 years ago still have an impact in the lives of people today.

In addition, Dr. Dora Chizea has a track record of helping establish Medical Centers throughout Nigeria, in Katsina Ala, Benue State, Asaba, Delta State, and Ikeja, Lagos State. A Philanthropist, she was the National President of the Soroptimist International of Nigeria. Along with the National Council of Women Societies she was involved in multiple immunization and preventive health services in Bauchi, Plateau, Sokoto, Kwara and Akwa Ibom States.

On May 15, 1998, Dr. Chizea became board certified by the American Academy of Anti- Aging Medicine. When asked why she wanted another certification, she said, "When I turned 50, I decided to challenge myself by exploring the field of anti-aging medicine, "she said. "I am happy I did because I am now in the peculiar position of providing both corrective and preventive health care services for adults and older people."

Over the last 15 years, Dr. Chizea has called Punta Gorda, Florida, home. You will occasionally hear her lament on how beautiful the skies are. You can catch her several days a week, practicing internal medicine at the walk-in-clinic, where the lines and wait time can seem like an eternity due to her meticulous nature for perfection. Or at The Brain & Body Healthy Place in Port Charlotte, Florida where she helps patients with chronic health issues such as chronic fatigue, arthritis, insomnia, dementia, fibromyalgia, hormonal issues and nerve pain. Her methods involve both medicine and spirituality.

In a recent interview, she said, the goal is to help people live fuller, more productive and satisfying lives. "I call it comprehensive functional fitness, which allows people to reach their full potential at any age. It's the concept of being fully alive, not half dead and half alive or half asleep and half awake." She encourages seniors to be confident and display self-respect, particularly when dealing with the next generation. "You must not apologize for the experience, knowledge and time you have acquired," she said. 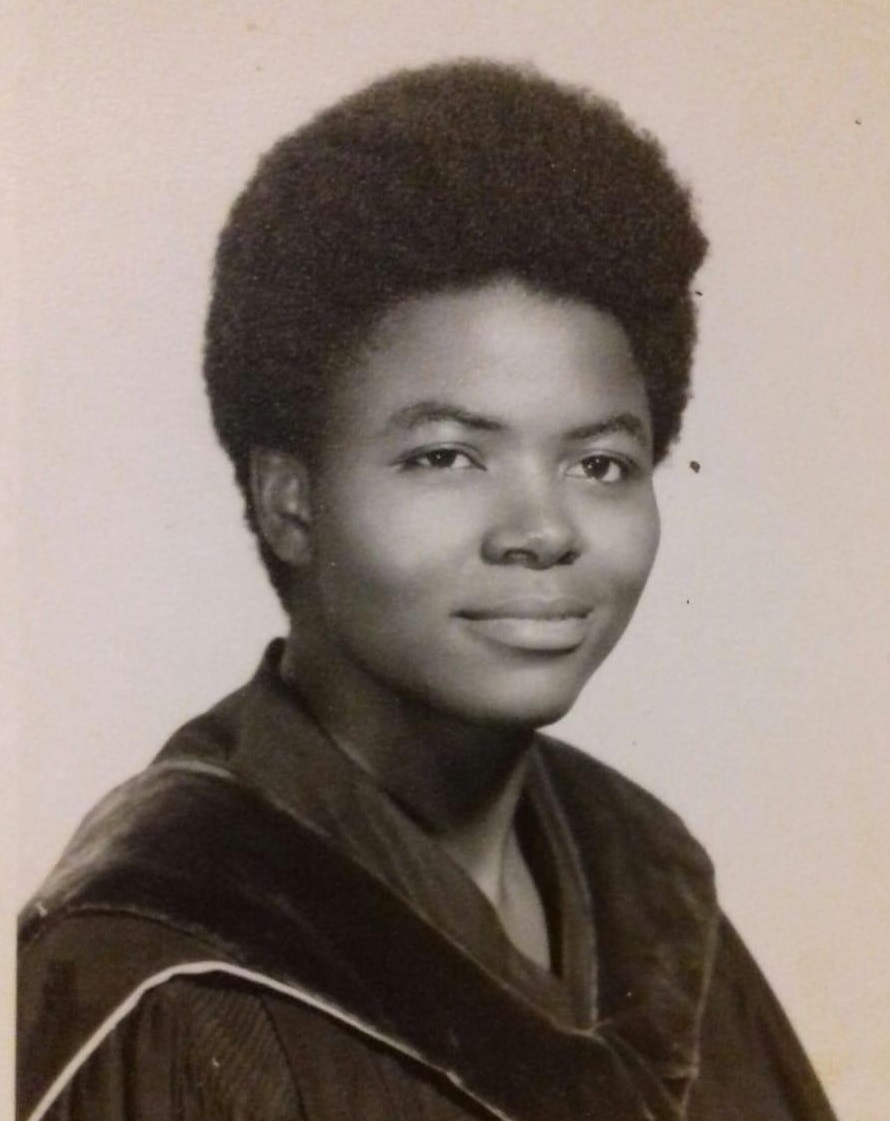 Dr. Chizea has been writing since she was a 9-year-old girl in her native Nigeria, where faith played a major a part of her life from an early age. Hence you will always find a tone or hint or spirituality in all her writings. "Religious knowledge was part of the curriculum whether Christian or Muslim," she said. "The Bible was my major textbook. We Christians studied the Bible not just for Sunday, not just for church, but as part of a well-rounded education." Dr. Chizea heeds the charism that provides her inspiration. "It's like I'm receiving a dictation and just transmitting it," she said. "It's compelling. If you're sleeping, you have to get up and write."

She is the author of several Professional books and articles, beginning with The Nigerian Health Compendium and Selected Topics On National Health, which she published in cooperation with the Federal Ministry of Health under the then Minister of Health, Professor Olikoye Ransome Kuti. She also wrote, The Wisdom of Aging in which she discusses brain health and dementia, and describes what she calls “the zone of comfort” and stresses the importance of mentoring the youth. One of her most recent universal publications is The Brain-Healthy Menu; A book loved by all who want to prevent premature brain aging, forgetfulness and dementia.

So if you are not visiting Dr. Chizea as a patient, at a book signing or reading one her poems, you can catch her at one of her frequent public presentations at local health fairs, cultural centers, or public libraries. She says that these appearances "Make it easy for me to inform and teach people to have a good understanding of their various ailments, even as we provide the state-of-the art Medical Care."

Dr. Chizea has won numerous awards from Best Preceptor Award for Primary Health Care Temple University Medical School Preceptorship Program in 1978, to her recent 2017 Healthtap-Top Anti-Aging Specialist in the Nation and Thought Leader in the Ft. Myers-Florida Region. Dr. Chizea is constantly bridging the gap. She is part of a network of Doctors that uses a platform that allows patients immediate access to top doctors and their expertise, anytime, anywhere via the web or your mobile device securely and privately. You might wonder why she is not frightened by technology at her age. She will tell you, that they are just catching up to a vision that she had in many years ago tailored to helping underserved population.

In 2011, Dr. Chizea had a vision, that with a push of a button, an immediate consultative service via satellite is established with 4th Tier providers in the United States. A platform where African based providers interact in real-time with the U.S based Doctors to obtain that support which potentially increases patient’s level of health and/or survivability through obtaining additional information through the interview process, providing guidance for medical and surgical interventions and patient focused instruction and/or future follow through care.

Dr. Chizea is a maverick following in the footsteps of her Mother, Obi Maria Ejima Chizea, The Omu of Asaba, and her grandmother, Obi Nne Ogeah Chizea by her representation of women. She has represented Nigerian Women in International forums as NGO in faraway lands like Tokyo Japan, Bucharest Romania, Sweden and Melbourne Australia.

A multifaceted individual, she is a prize winning Poet for 2006 both in the USA and the UK; always pushing and striving for the very best in all that she does with a gentle heart and bold steps.